My Book and my Bag 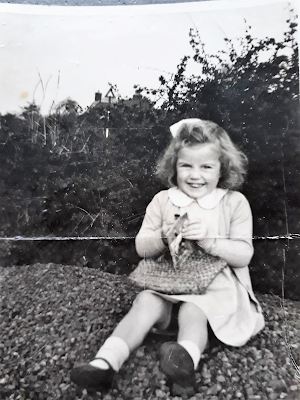 Two passions that have stayed with me through the long years.
And now I write books as well as read them...
... and always have a proper book in my bag for any spare moment.
Posted by Beth Elliott at 21:08 No comments:

Why do the people of Cwm Gwaun in South Wales celebrate the New Year on 13th January? 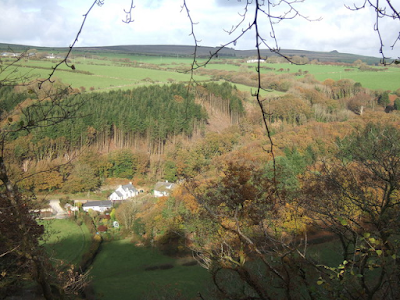 In 1752 Britain changed the calendar to come into line with the rest of Europe.
Eleven days were lost and from that time the New Year began on 1st January.

But in Cwm Gwaun they have maintained their New Year celebration according to the old calendar.
The video below shows how the villagers, especially the children, enjoy this tradition.
Hen Galan [New Year]   **
[  ** credit to creator =   https://www.twinkl.co.uk/teaching-wiki/hen-galan# ]
Blwyddyn Newydd Dda! (Happy New Year!)
Posted by Beth Elliott at 12:50 No comments:

An armchair escape into a time of danger and intrigue - on Free Offer for this week.

The Rake and his Honour 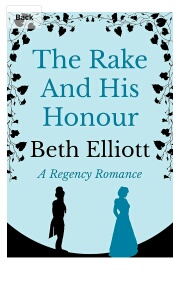 FRANCE  Summer 1813.... a time of uncertainty and intrigue. Napoleon clings on to power, but a revolt is brewing. Disciplined Louise Fauriel and easy-going rake Arnaut de Montailhac are an unlikely pair, linked by the need to smuggle letters that can change the course of France’s future. With Napoleon’s vengeful agents never more than one step behind, there’s no time for love in the desperate race to succeed in their mission.

From the lakes and mountains of the French Pyrenees 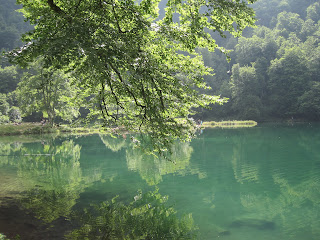 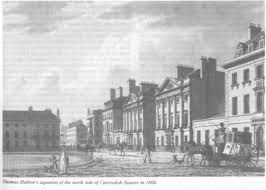 and Hartwell House near Aylesbury, the tense pursuit never stops. 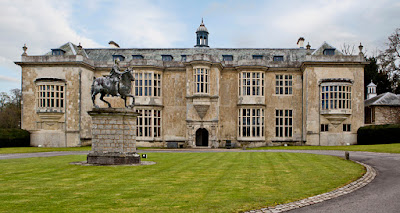 And the danger continues all the way to a breath-taking climax.

Posted by Beth Elliott at 23:13 No comments:

Joachim, the youngest of the three Montailhac brothers is [usually] a perfect gentleman. Athletic, hard-working and keen to prove himself, Joachim supervises his father's estates and livestock. Given the harsh terrain in the Pyrenees, it's a full-time job. 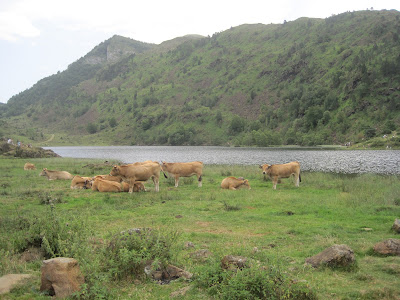 When two troubled girls  - his mother's guests - arrive for a visit, they add horribly to his workload. Sophie, the younger sister, is totally out of control. Within 24 hours of arriving, she sets the whole household by the ears.

The older sister, Nell, is so pinched and sullen, Joachim calls her 'Miss Dismal' to himself. Any conversation between them ends in misunderstanding or disagreement.

For Joachim, being gentlemanly keeps getting ever more difficult.

Nell is suffering from depression. Hostile to everyone, she can't help her snappy response to Joachim, especially as he is not only gentlemanly but most attractive. NOT what she wants at all.

It's going to take something very unexpected to shake these two out of their dislike into some kind of alliance. 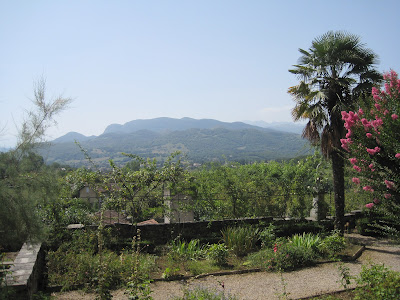 A Problem Of Honour
a new Montailhac story
Posted by Beth Elliott at 23:31 No comments:

Labels: a Montailhac story, A Problem of Honour

11th December marks the anniversary of the death of the last native Prince of Wales.
Llewelyn ap Gruffydd 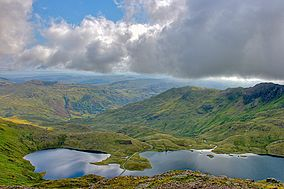 View of Llyn Llydaw from Crib Goch
[courtesy of Wikipedia]

Video by Sian Ifan2, and the lament sung in the mellow voice of Daffydd Ifan 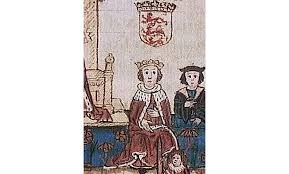 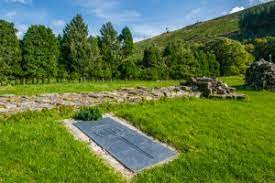 Posted by Beth Elliott at 16:00 No comments:

A free holiday in every way

If you need a rest, a break from the endless hurry and worry,

why not take an armchair trip to Brighton?

On FREE OFFER at present
The Rake's Challenge 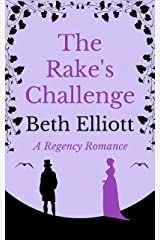 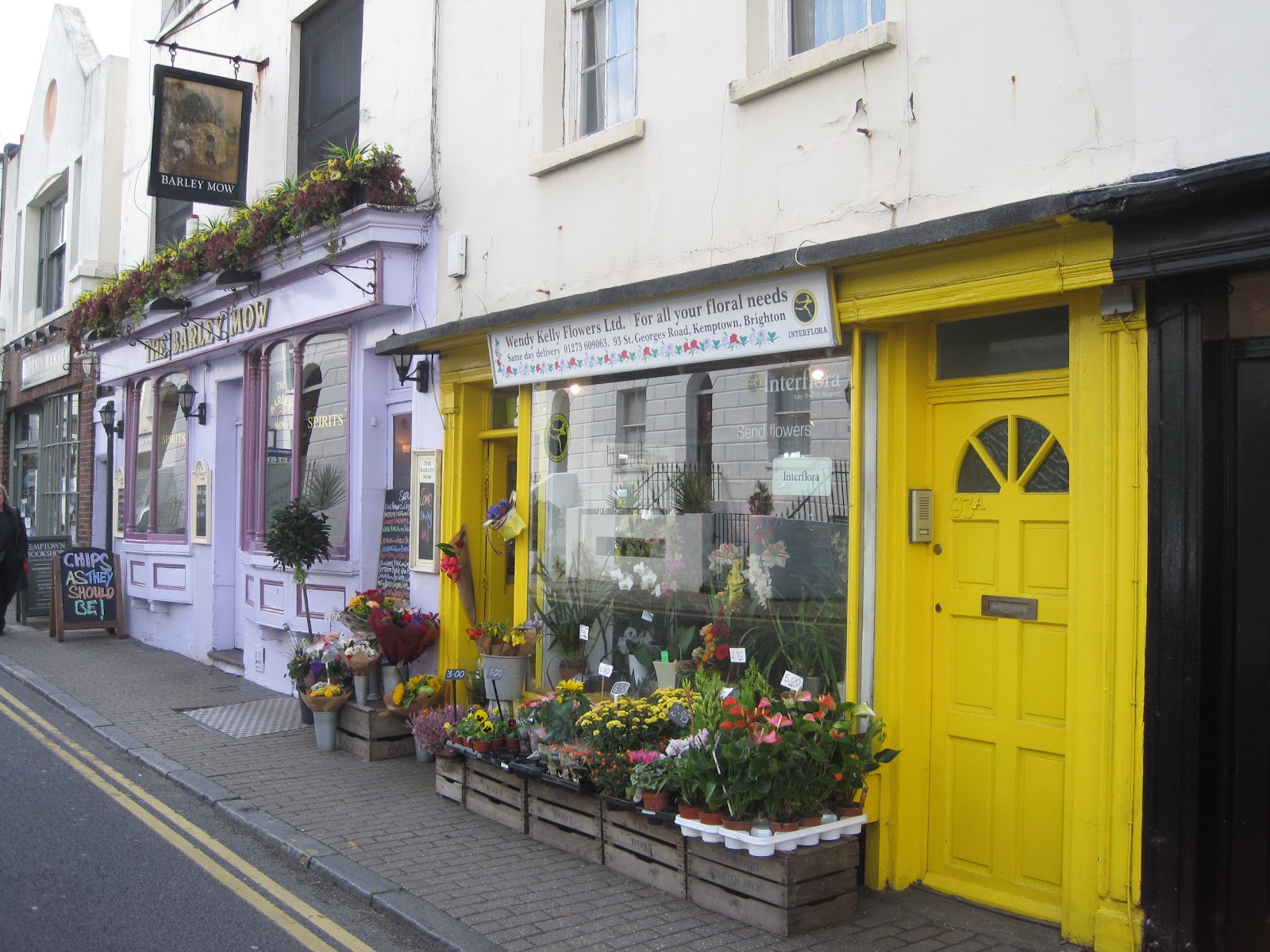 dancing, a concert at the Royal Pavilion with Prinny among the performers.... 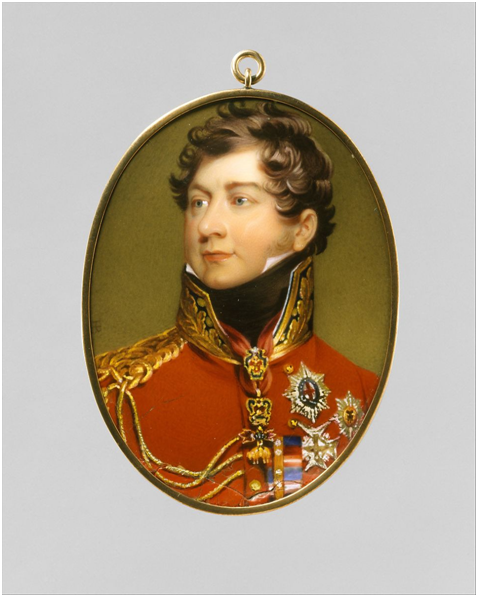 and attempted murder.........
Lots of fun and frolics, together with poets, poison and plots.
5* Review   PERFECT
Traditional regencies this lovely don’t come along very often, and I have to read a ton of mediocre and unfinishables to find just a few that immerse me in the world and grab my attention as these do. It makes it all worth it when a book this well-conceived and written comes along, with engaging plots, endearing characters and smooth dialogue. Pitch perfect, as are this author’s other books. Very romantic, in spite of (and because of) the lack of graphically detailed sex scenes. I will be re-reading these, along with Georgette Heyer and a very small selection of other keepers. A breath of fresh air.
Posted by Beth Elliott at 20:19 No comments:

That day Marco took great pains with his costume. Nobody must guess at his secret cares. He had a reputation as a cheerful soul who could enliven the dullest party. Eventually he was satisfied with his appearance in a tawny velvet doublet and breeches and impeccable linen. Smoothing back his thick black locks, he perched his plumed cap at a jaunty angle on his head and prepared to set off for his place of business.

Roberto, his steward and sometimes critic, surveyed him with a knowing air. 'You won't look bright for long if you don't eat something.' he ventured.

'Starving won't bring her back any faster. You've got a lot to do today.'

'Yes, yes, Roberto, I know. If any messengers come to the house keep them safe until I return. I can't be interrupted in today's meetings.'

An hour later he was making his first visit of the day to the palatial home of a noble family with samples of silk and taffeta from his well-stocked warehouse. Marco's fabrics were exquisite and he was sure of a welcome whenever he brought new materials, however costly they were.

'I went personally as far as Belgrade to select these stuffs,' he told the mother and all her rather plain daughters as his servants unrolled the glorious pink and gold brocade and shimmering feather-soft Persian silks to a gratifying chorus of 'oohs' and 'ahs'.

After several such visits to the homes of rich and titled people in town, Marco set off on horseback for the summer residence of Archduke Ferdinand. It was an old castle with a large and pleasant park, set on a gentle, wooded hillside with a view towards the teeming city. The two assistants followed in a wagon with the rolls of precious cloth. One of them had brought his lute and they played and sang as they followed the winding road.

The Archduke was very liberal towards his young wife and she took great pleasure in fine dresses. Marco, with his handsome face, cheerful personality and his fine business sense, had established a very profitable commerce at the Court.

After the Archduchess had chosen her materials it was sure that all the ladies at Court would want similar goods and Marco could always find enough silk, velvet and taffeta for them all. He knew just how to take advantage of the constantly growing supplies of finished silk goods flowing west through Turkey and back east from the city states of Northern Italy.

Today he had a huge variety of beautiful items to tempt the ladies. As usual the two servants set out an eye-catching display of glowing velvets and brocades from Turkey, worked silk from Venice and Florence and linen cloth from Egypt. In addition they had brought Oriental carpets and exotic perfume essences. 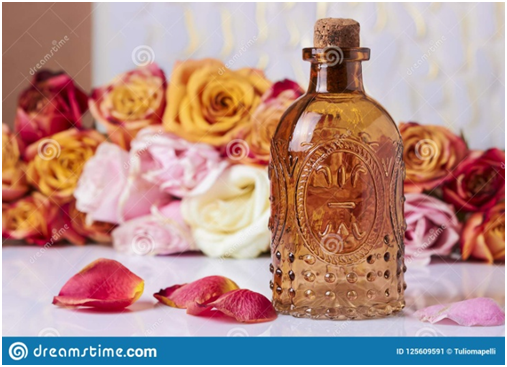 When all was ready Marco ushered the ladies into the room. Archduchess Anna paused on the threshold and surveyed the wonderful array of colours and textures, her face brightening. 'Oh, Signor Marco,' she exclaimed, ' - this is just what I need to lift my spirits. The only trouble now is where to start.' She moved towards the velvets and Marco hastened to assist her.

'Allow me to say that you do not look as though your spirits are suffering, Your Grace,' he said as cheerfully as he could. 'As always, you appear serene and gracious.'

She gave him a grimace. 'You know me well enough not to pay me flowery compliments. How can I be happy when my husband is fretting over his policies and always away dealing with military matters?'

Marco frowned at her. 'Pray do not be indiscreet, Your Grace.'

She pouted prettily and stroked a rich wine-red velvet. 'Oh, I'm not telling you anything that anyone here doesn't know. It's this business about negotiating with that horrid man, the Voivode of Transylvania. He always terrified me when I was a little girl. And when you think of the gruesome stories they tell about what he did to the peasants - '

'Yes, yes, my good aunt Katerina,' sighed the young woman, with an expressive look at Marco. She pounced on a length of cream satin but Marco shook his head. 'Too pale for you,' he murmured and indicated a ravishing blue silk. The servant proffered a mirror and for a little while the Archduchess and her ladies concentrated on colours and fabrics.

‘You will join us for supper ?’  the Archduchess said to Marco at the end of an enjoyable afternoon of selecting materials and perfumes for herself and then helping her ladies-in-waiting to choose also. They were tired but triumphant, dreaming of the fine appearance they would make at the autumn balls.

In hopes of gleaning some more information, Marco bowed low and followed the ladies into the great hall of the castle. He was not disappointed. From the young Archduchess's gentle grumblings he learned that Archduke Ferdinand was assembling and exercising large numbers of troops and stockpiling supplies for a campaign.

‘I don't know how long all this is going to take,’ she prattled on, talking indiscriminately to Marco and to her aunt Katerina, ‘but I think it’s time we saw the Countess Louisa von Walberg returning.’ She turned impulsively to Marco. ‘You must be longing for them to come back.’

To his annoyance he could feel a blush creep over his cheeks and she laughed delightedly. ‘Aha, Signor Marco, - how glad I am you really love my sweet Isabella. And you one of the greatest rakes in Vienna. But you make a delightful couple.’

From  THE RUBY RINGS

[ a tale of silks and spying, and Marco's misfortunes ]

Posted by Beth Elliott at 20:32 No comments: