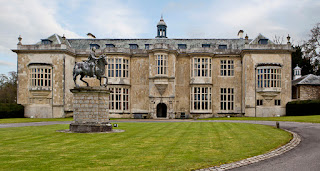 A couple of excerpts.   See below for a link to the full interview

BE- Far away and long ago always attracted me, so through school and then over the years I wrote stories in various historical times and mostly in far off settings. When I wrote with the aim of getting published, the Regency era felt like a familiar place to set the tale. We still have so much evidence of that time, towns like Bath or Brighton, museums and so on. Then the characters do need to think and act according to the period. Cue Jane Austen as a teacher of social behaviour and finally add in some personal ideas and experience.

JMR- Your books take your characters outside of England to the Continent and to Mediterranean countries. What inspired you to include far flung settings in your stories?

BE- I’m a linguist and love nothing more than communicating in new languages. You may say I met my Waterloo when, living in France, I met my Turkish husband. Like me, he’d studied French and Italian at university, so at first we had those two languages in common. He then learned English and I learned Turkish. We taught in eastern Turkey for some years, and thanks to visiting his numerous relatives in various regions, I’ve learned much about customs and skills, and experienced incredible kindness and hospitality. It was a pleasure to show a little of that warmth in my stories. And the crowning glory, where else is there an ancient city set on two continents, with such a rich heritage? Istanbul, or Constantinople as it was at the time my stories are set, is truly magical. I’m always overjoyed when I go back there.

But France pulls at me as well, especially the south-west and the Pyrenees, which remind me of Wales, but so much grander. So I combined the two, and had a French diplomat marry a Turkish princess. They live in his chateau in the Pyrenees. They have three sons, whose adventures now fill three novels.

Find the full interview at :

Labels: In All Honour, The Books Delight