Of silk, nightingales and sorrows

and of the passage of time which allows some healing.

Let's start with a pleasant and timeless item - the nightingales singing their melodies
in the woodlands along the River Gardon at Mialet
Mialet is a small town on a hillside in the Cevennes, a rural area, which was once home to a large community of French Protestants, or Huguenots. Their strict code of conduct meant they were hardworking, and usually skilled craftsmen. In this region of France, they were involved in the Silk industry, breeding silkworms, spinning the threads and weaving it into beautiful cloth, with a lustrous sheen, as well as exquisite designs. 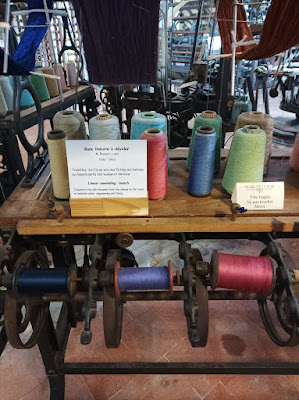 Spools of dyed silks at the Silk Museum in Saint-Hippolyte du Fort, Gard.
Silk was incredibly expensive. To avoid paying precious money to buy it from abroad, King Henry IV ordered the development of this industry. He also allowed religious tolerance [Edict of Nantes, 1598], as the region was mainly Protestant. However, in 1685, his grandson, Louis XIV, determined to impose one religion on France and make everyone follow the Church of Rome. He revoked the Edict of Nantes, and set up a cruel persecution of conversion or death. Huguenots were forbidden to leave the country, but as we know, they did in huge numbers, impoverishing France for generations. They brought their various skills to the benefit of the countries where they took refuge.
During the years of intolerance, the Huguenots would meet in secret places, caverns or remote spots in the hills, to listen to a service. It was often a game of cat and mouse. Whole troops of dragoons constantly hunted them down. From 1685 until Louis's death in 1715, the atrocities were terrible, with forced conversions, entire villages massacred or burnt to the ground, men sent to the galleys, women to prison and any Protestant pastors tortured and killed. Thankfully, more enlightened leaders restored some degree of religious tolerance after this nightmare period.
Today the sufferings and the indomitable resistance are commemorated every year in an open air ceremony on the first Sunday in September at the Mas Soubeyran, now the Museum of the Desert close to Mialet. The descendants of Huguenots who were forced to flee the persecution, come back from all over the world to celebrate their faith and love of their country of origin. 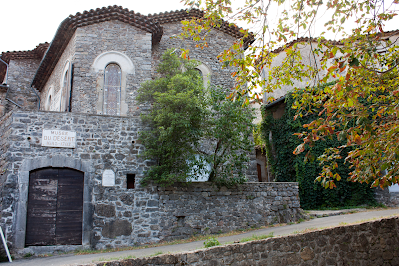 The Musée du Désert [courtesy of Wikipedia Commons]
For more information on the Assembly of the Desert, see this link.
https://www.huguenotsociety.org.uk/blog/lassemblee-du-desert-1911-2021
And to end on a lighter note, here are some photos of the quiet, rural area
and one of a few of the luscious silks woven in the factories of the region. 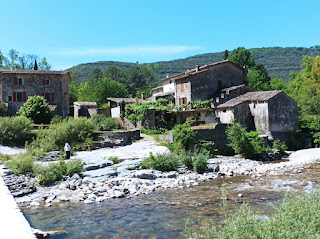 The old mill on the river at Mialet 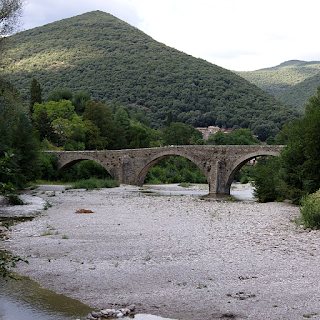 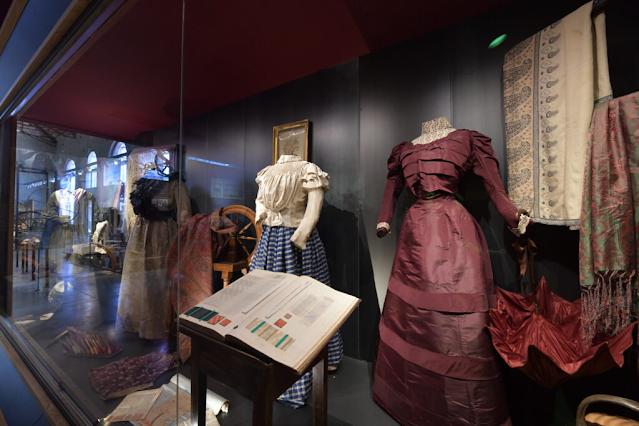 Examples of silk clothing in the Museum.
[photo by Maison Rouge, musée des vallées Cévenoles]
The Huguenot Cross. In times of persecution, the dove was replaced by a pearl, to signify tears. [Image -copyright - Huguenot Society of South Africa ] 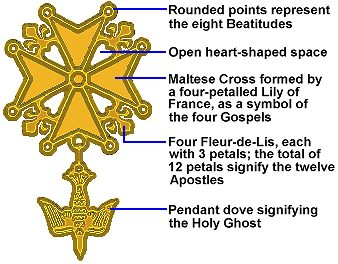