When you want an excuse to see the girl you can't stop thinking about, you agree to carry out the craziest plan her brother asks of you.

That's why Selim organises a trip into the famous underground Basilica Cistern in Constantinople. Built by the Byzantine Emperor Justinian I [AD527-565], it provided water [and fish] for the inhabitants of the city down the centuries.

Olivia's brother, Richard, is a keen Antiquarian and thrilled to see this unusual place. However, the trip ends in disaster.


" The tunnel opened into a much vaster space and an underground lake shone as far as they could see in the reflected light of the torches. There were many rows of columns rising from the water to an unseen roof.
'This is the place shown in my picture,' exclaimed Richard, his voice shaking with excitement.
'Yes,' agreed Selim, thankful they had nearly reached the end of the expedition without mishap, 'The great cistern built by the Byzantine emperors.'
'Magnificent,' Richard was saying in a tone of awe, when Lord Craybrook uttered an oath. 'This water is damned cold,' he said, 'and there are fish - large ones, and many of them.'
'That's good for the poor people of this neighbourhood,' said Selim. ‘It's free food for them.’
'Which way now?' asked Richard. 'Must we return the way we came or can we get out another way?'
After a short discussion with their guide, Selim said, 'There are a couple of pillars worthy of your attention. Follow Timur.' The thickset man with his torch gestured them to come towards another part of the pool. They waded along from one pillar to the next.
'I'm getting very wet,' muttered Lord Craybrook.
'Surely you do not regard that.' Richard said scornfully. 'Not when you're walking where the Byzantine engineers and maybe even their emperors once trod.'
In spite of his gloom, Selim grinned at this. It amazed him that Richard could be so excited by these old stones. Now, for himself, he would become enthusiastic about a beautiful landscape, like the view he had shown Olivia. At the thought of her, he could not help smiling, recalling her shining eyes and eager expression the other evening. And yet, initially she had been a little hesitant towards him. Selim turned a considering look on Lord Craybrook. No! Olivia would never accept the man who had tried to compromise her by tricks, even if he was as handsome as a Greek god. Angry with himself for doubting her, he resolved to call on her the following morning.
He was impatient to get out of this water and feel the sun on his face. But Timur was still showing Richard the curious base to one of the pillars. It was a carved head, set sideways at the bottom of the column.
'Oh, by Jupiter,' exclaimed Richard. 'How I wish we had brought Olivia, so she could draw this for me. See,' he traced the carving with his fingers, peering closely at it, 'it's a Medusa. How strange to find it here…and turned on its side, like this.'
One of the torches flickered and went out. The guide hastily lit another one from Huseyin's torch, which was also burning low.
'That is our last torch,' Selim told them, 'we have just enough time to find the way out.'
Very reluctantly, Richard left the pillar and waded along at the back of the little group. Just ahead of him, Huseyin's torch flickered, faded and died. They all moved slowly, stumbling occasionally over unseen stones in the dark water. They were cold and tired now, wading after the flame of Timur's torch, which showed the way but did not provide much light. At length, they came to some steps and climbed out of the water, into a rough tunnel. Here a gleam of daylight showed the end of the passage.
Selim gave silent thanks at having completed the expedition with no problems. He turned and watched as they all filed out. They made a sorry looking group, smeared with dust and cobwebs and dripping wet from the waist down. Selim frowned. Why was Richard lingering inside the tunnel? He went back in, taking the flickering torch with him. 'Hurry up, Richard,' he called, 'everyone is anxious to go home and change their clothes. Richard…?'
But there was only the echo of his own voice. "
(C)BethElliott 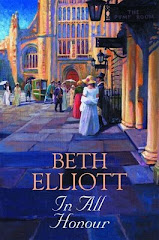 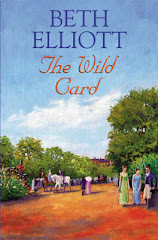