Now, about that pair of visitors...

Meet Nell and Sophie, the Outcasts, but don't expect to like them

In my post on The Third Brother, a couple of weeks back, I mentioned that 1818 is the year Joachim is in charge of running the family estate and his burning ambition is to prove he can manage everything perfectly.

What Joachim doesn't expect is the upheaval caused by his mother's visitors - two sisters who bring a coach-load of problems with them. For a start, their actual coach arrives many hours late in Toulouse, where Joachim and his friend Bertrand have come to meet them and escort them on the last part of the journey into the Pyrenees to the family home. 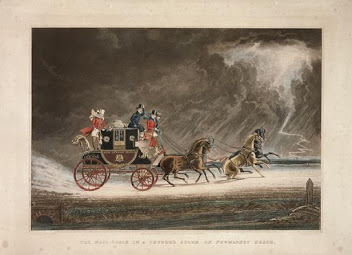 Not only has Joachim lost a day he can ill afford to spare, the two girls immediately make a bad impression. One is a beauty but attention-seeking and a desperate flirt. The other is all buttoned-up, sullen and dressed from head to foot in grey.

At the inn where they stop, Bertrand has already made up his mind about them. He tells Joachim:

‘My friend, I don’t envy you being saddled with that pair for months. I couldn’t put up with either of them for a week, even.’ He perched on the windowsill and raked his fingers through his mop of curly brown hair.

Joachim poured water into the basin and dipped his head in it. He splashed water over his neck and shoulders, emerged with a sigh of relief and groped for a towel. ‘Aren’t you being a bit hasty? Only yesterday you said you were planning to marry one of them to restore your family fortunes.’

Bertrand stretched, moving his neck from side to side until it creaked. ‘Yes, well, that’s before we’d set eyes on them - and ears. All that shouting in the coach! Now, I assure you, even if they were as rich as Croesus, I’m not interested.'

Sophie [the flirt] goes on to scandalise the whole household within 24 hours of arriving, while Nell remains a grey shadow, locked in her unresponsive gloom. Privately, Joachim thinks it's no wonder their father and his new wife cast these two horrors out. Only now they are going to be an extra problem for his mother and that will really annoy him. And when Joachim's temper is roused, things can get very uncomfortable. 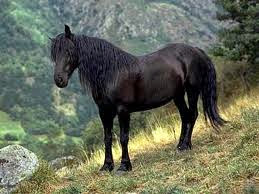 Labels: The Outcasts, The Third Brother